As I wrote earlier, it was a surprise for me that the ice hockey world championship games were hosted in Helsinki. I was equally surprised when I saw the construction work of European athletics championship at Helsinki Senate Square - are we hosting those as well? Obviously I'm not the primary target group when marketing sports events, since these Helsinki sports events keep coming as a surprise to me. 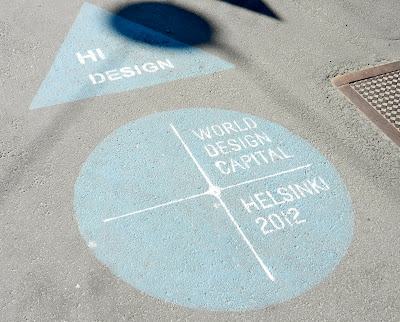 The Helsinki happening that I haven't missed is the World Design Capital year. I've spotted WDC logos, ads and events everywhere. But that's ok, I feel I belong to the primary target group of WDC fuzz. To be honest, I think the WDC marketing has been even a bit too active, I think they've tried to put word "design" into places where it doesn't belong to. 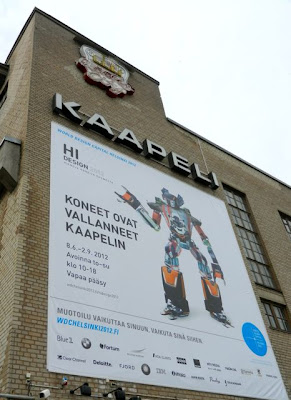 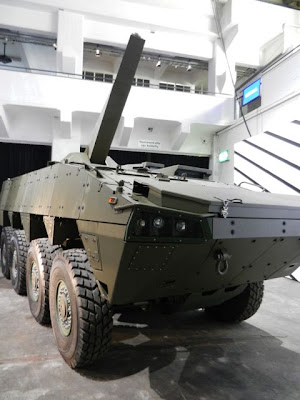 There was also an armored vehicle. I believe for many Finns it is perfectly normal to present a tank as a crown jewel of Finnish design. But I can also imagine that armored vehicles in general may not be 100% politically correct piece of design in some other cultures. Well, in some cultures you don't consider tractors either as top design - but we do. 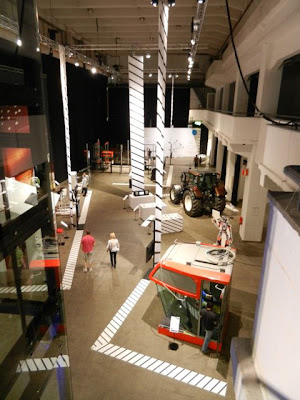 The exhibition is free, and it's open from Thursday to Sunday, 10 am to 6 pm until September 2nd.